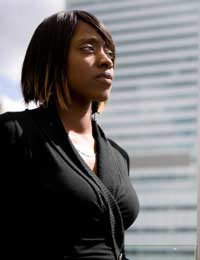 For more than three decades, government and employers have worked to improve equality in the UK workplace. Discrimination based on age, race, religion, disability, sexual orientation, or gender is now less widespread than before.

Nonetheless, equality issues still regularly feature in the news. This suggests there’s still some way to go to eliminate discrimination.

Consequently, the law is set to change once again. There remains a strong argument, however, that individual workers must talk and act positively about equality to ensure progress.

The facts and figures about equality at work in the UK are surprising.

Women still receive an average of 12.6% less per hour for their work than men; people with disabilities are two and a half times more likely to be unemployed than the able-bodied; more than 60% of people over 50 years old believe employers discriminate against them; and ethnic minorities are 20% less likely to get a job.

The law has attempted to address these issues. For almost 40 years, governments have passed nine major pieces of legislation and taken approximately 100 related measures.

The legislation includes the Equal Pay Act 1970, the Race Relations Act 1976, and the Disability Discrimination Act 2005.

In view of the problems that still exist, the government has decided, however, to introduce a new bill in parliament. The Equality Bill replaces the existing anti-discrimination law, and aims to make the UK a fairer place to live and work.

The Equality Bill tackles four main areas: age discrimination; the equality duties of the public sector; positive action for women and ethnic minorities at work; and transparency of information.

With the first of these, the Equality Bill bans all forms of unjustified discrimination against older people. This means that in the workplace, older people have the same rights as anyone else.

In the public sector, the Equality Bill obliges organisations to consider how their services affect different people. The aim is to ensure everyone has the same chance to use everything central and local government offers.

The positive action at work proposed by the government will help women and ethnic minorities find jobs. Employers will be able to look at their staff, and decide to take positive steps to improve the chances of under-represented groups working for them.

Greater transparency will allow workers to compare wages and identify discrimination. This will help women in particular. Currently, about 25% of employers forbid their staff from discussing how much they are paid.

The Equality Bill may well make improvements. Legislating against discrimination has had incomplete success so far, however. The facts prove this.

For all workers (and those seeking work) to gain their full rights, it’s necessary to talk about equality in a positive fashion and to take action to introduce the law. The Equality Bill needs both managers and staff to discuss it in the workplace to help it succeed.

Realising this, the government will write the Equality Bill in plain English. This is a departure from the legalese that is in common use throughout UK law. Such a move will help everyone understand the bill, and enable them to promote it.