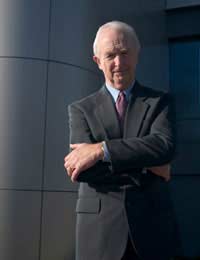 As people are living longer they are entitled to work for longer, but in doing so they face a modern workplace which is still rife with ageist attitudes.

With the number of older employees set to increase by 17% by 2016, and better health standards meaning people are more willing to work longer, the need for age-related workplace equality is more prescient than ever. However, efforts to achieve this are up against an ingrained problem of age discrimination.

Despite being commonly cited as the most common form of discrimination in the workplace, and acknowledged as endemic in certain industries for decades, ageism has only been officially recognised as a serious problem in recent years.

Whereas laws against the more high profile concerns of sexual and racial discrimination in the workplace were implemented back in the mid-1970s, legal protection against employees being discriminated against on grounds of age only came into force in 2006.

The law does not apply to those employees who are over the age of 65. Instead their rights now allow them request that their working life be extended by their employer.

Discrimination is still permitted if employers can objectively show a sound business reason for their action. This is not limited to internal work issues but also specific job types. For example, if the job is particularly physical, such as a fireman, then it is reasonable for an employer to request they step down from their responsibility because their age has made them physically unable to perform the role to the necessary standards.

Although the rights of elderly employees have improved, it will take a long time for the entrenched ageist attitudes of many employers and employees to change.

The law can only outlaw certain formal ageism not personal bias. For example, although job advertisements are not be allowed to specific the age of the applicant it doesn’t mean the recruiter doesn’t still have a desired age in mind when choosing the candidate. In fact the law will likely mean people waste their time applying for they would unsuitable for anyway, such as those that require a good understanding of youth culture.

Despite the difficulties older employers face, age campaigners are hopeful that efforts to improve the age rights and equality in the workplace, such as the introduction of the age discrimination law, will lead to a cultural change, and that older employees will become more valued within organisations.

Of course, although employees are becoming better able to work longer that doesn’t mean they all want to. If you want early retirement and to live off your pension, and are able to, then you’re obviously entitled to throw in the towel whenever you wish.
Next Page