Home > Your Boss > Asking for a Pay Rise

Asking for a Pay Rise 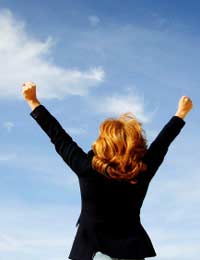 Salary negotiations are not an aspect of working life that many employees relish but you feel you deserve a pay rise then you have to stand up for yourself and speak out.

It’d be nice to think that our good work and dedication to the job in our respective professions is not going unnoticed and is regularly rewarded with a nice little salary boost. Unfortunately for most of us this is rarely the case and if we are feeling a bit underappreciated then only option is the awkward position of having to raise the issue with the boss ourselves.

It’s natural to feel a little wary about the prospect of a salary negotiation because faced with the potential of a fatter pay packet and glow of recognition or the dispiriting dull thump of a knock back, there is a lot at stake. It is vital therefore for any meeting of such significance that you prepare your moves carefully.

How to Ask for a Pay Rise

When considering how to ask for a pay rise firstly think about whether you really deserve one. Be honest with yourself – if you were in charge and the money was coming out of your account then what would you award yourself?

Secondly you need to decide who to discuss the issue with. This should be somebody who knows you and work performance well and has the power to adjust your pay. Invariably this will be your immediate boss but it’s worth checking to see if your company has any official channels in place for such issues. It’s a bad idea to take the matter up with someone higher up in the company as this will irritate your boss and they probably won’t be in a position to do anything on their own anyway.

Choose your moment well. Don’t barge into your boss’ office on the spur of the moment when you’re in a fluster and they’re struggling under a mountain of work, make an appointment and then prepare for it. Instead of bluntly asking for a meeting to discuss your new pay expectations it’s probably better to word it as a discussion about your performance at work – you think it’s a good time to consider your position, development and prospects within the company. This will not only give you chance to prepare, but also allows your boss prepare their own facts.

Pay negotiations often go hand-in-hand with performance reviews so it’s an ideal and natural opportunity to raise the issue of salary. As you are in fervent belief that you deserve a pay hike you would expect your boss will use this opportunity to tell you how happy they are with your performance. It is then that you can raise the issue of pay. You could introduce the subject by first talking about your ambitions in the company and the respective salary scale.

You should not expect your boss to pave the way for an audacious pay rise bid, but have your own material to hand to support your claim. You will likely need to demonstrate what you have done over the last year to warrant a pay rise, so have any appropriate facts, figures, awards, recommendations and positive appraisals to hand.

You should also assess how well the company has done in the past year before attending the meeting. How is the share price? Are they employing new staff or getting rid of people? How is the industry doing as a whole – is it the right climate for your pay increase bid? On the other hand if the company is doing very well then it’s only right that the staff reap some of rewards.

Nevertheless it is important to remain calm and reasonable in the meeting and not go in there with too high expectations. Your boss may, for a variety of reasons, be unable to offer you a pay rise at that time, and you must be able to accept it with good grace. However, you could always some alternative rewards that won’t cut into company finances, such as extra holiday, vouchers, secondment or special training.

The worst thing you can do is make an ultimatum in order to get what you want. Threatening to resign unless you receive your just rewards, and without really meaning it, is unlikely to get what you want and you will have to face the embarrassment of going back on your threat.

Handing in your Notice

What to do When You're Unhappy with Your Boss

Dealing with a New Boss

How to Disagree with your Boss Constructively
Share Your Story, Join the Discussion or Seek Advice..
The point about the level of pay rise is well made. There are generally limits within which there’s some flexibility, usually dependent on performance. You can negotiate within those limits, although you might not get the highest award. However, these days even something is an achievement, and it can go up again in 12 months.
Carol - 20-Sep-12 @ 2:23 PM
Most pay rises are set in the employment contract and come on anniversaries (each year of employment, usually) with some flexibility based on performance review. This means that negotiating a pay rise, for most people, just isn't going to happen. That's especially true in the public sector, where these things are carefully laid down - and in the current economic climate, rises anywhere are either small or non-existent.
Chris - 4-Jun-12 @ 10:39 AM
Title:
(never shown)
Firstname:
(never shown)
Surname:
(never shown)
Email:
(never shown)
Nickname:
(shown)
Comment:
Validate: