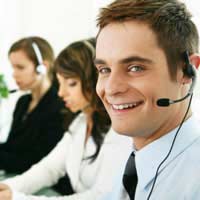 Over the years, business owner Harry Player has had his fair share of angry customers to deal with. Here he recalls one incident that tested his communication skills to the limit.

“Sometimes people get angry and take it out on you. Occasionally, this is justified if you’ve made a major mistake. Often, though, the anger is misplaced. The irate customer is angry because of something else entirely – perhaps he or she simply got out of the wrong side of bed. Either way, you have to deal with the anger and solve the problem.

“On this occasion, I heard one of my staff, Carol, take the initial phone call from the customer, Mr Greene. From the start, it was clear that Carol was struggling. This was no fault of her’s – she has good communication skills. It was just that Mr Greene seemed determined to be unreasonable.

“Anyway, when Carol looked at me across the office, I nodded and told her to transfer the call to my phone. On reflection, I could say that I wish I hadn’t taken the call. But when you run your own business, you have to take responsibility.

“Mr Greene didn’t give me a chance to say more than ‘hello’ before he launched an attack on the product he’d bought, on my company in general, and on me in particular. I’m a seasoned campaigner, as it were, but this onslaught took me aback. I knew that if I wasn’t to say anything I might regret, I needed to control the conversation.

“When Mr Greene finally took a breath, I jumped in as politely as I could and told him I would phone him back in five minutes, and that I would definitely help him. Mr Greene threatened me with all sorts of retribution if I didn’t call back, and put the phone down.

“During this five minutes grace, I checked the records for Mr Greene’s recent purchases and discovered he was a good, regular customer who paid promptly. He was not, therefore, the sort of customer I could afford to lose.

“As for his current problem, I tried to sort out in my mind what he had told me. Naturally, I’m bound to be defensive about my company, but with the best will in the world, I couldn’t see why Mr Greene was so irate.

“That said, I knew that I had to take a submissive but firm approach with Mr Greene. If I simply rolled over, knowing the mood he was in, he would probably stop dealing with my company for good. Similarly, if I was too abrupt or rude, he’d take his business elsewhere.

“I took a deep breath and phoned Mr Greene back. From his tone, he didn’t seem to have calmed down, but I took the initiative and asked him to confirm if I understood his problem correctly. I then outlined what I’d gathered from the first call.

“He agreed with me, demanded to know what I was going to do about it, and started to begin abusing the company again. At this point, I decided to interrupt him. I did so firmly, raising my voice slightly, and telling him I could solve the problem immediately if he gave me a chance to do so. This stopped him in his tracks. I lowered my voice again, but with the same firm tone, outlined in clear language what I would do and when.

“I then paused to test Mr Greene’s reaction. ‘Right’, he said. ‘But what else are you going to do for me? After all, I’m one of your best customers.’ I saw this as another chance to seize the initiative and straightaway agreed with Mr Greene. ‘Yes, you are one of my best customers,’ I replied, ‘which is why I’m so disappointed that I’ve let you down on this occasion.’

“Whatever the right and wrongs of the matter, this acknowledgement of my culpability did the trick. Even over the phone, I could sense the anger draining from Mr Greene. He still had a parting shot, however: ‘I asked what else you’re going to do for me,’ he said. ‘A ten percent discount on your next order,’ I replied without hesitation. This settled the matter, and Mr Greene even thanked me when he rang off a few moments later.

“So if you want a summary of my advice about dealing with an irate customer, I’d say: establish what the problem is; prepare a response if you can; and show you’re determined to solve the problem quickly and positively. With a bit of luck, everything should then be okay.”