What is "Business English"? 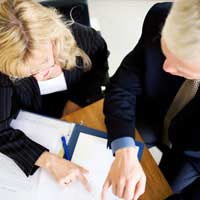 At its heart, business English is no different to standard English. The purpose of both is the same: clear and efficient communication. Business English, however, has some distinct differences to the English used at home or in general conversations at work.

First of all, it’s necessary to clear up any confusion between business English and jargon. The latter is a group of words and expressions used about certain aspects of work.

Jargon, in fact, is sometimes the opposite of clear and efficient communication. Using jargon such as “transformational” instead of “change, “slippage” rather than “delay”, and the phrase “coterminous, stakeholder engagement” in place of “talking to people” is not good English, business or otherwise.

Nonetheless, jargon has a role to play in communication. This is usually when it represents a concise way of saying something, and not when it’s a lengthy substitute for easily understood words.

Business English is about clarity. After all, no matter what the line of business, speakers and writers want people to follow their words without repetition or rephrasing.

It’s time-consuming at a meeting, for example, when someone has to ask a speaker to explain what he or she has just said. This is a surprisingly common occurrence. The solution is for the speaker to be clear and precise.

In business English, such clarity and precision comes with simple words and short sentences. Sometimes, though, it’s necessary to use words and phrases appropriate to the business and that are in effect jargon.

Such appropriate jargon is fine if every listener or reader understands it. If there’s any doubt about this, it’s best to explain the jargon with a plain English equivalent.

For example, a reference to “market based pricing” will make sense to an audience of accountants and economists. If some listeners don’t come from a financial background, however, the speaker will need to explain the reference. (Market based pricing occurs when consumers, and not retailers, decide the value of a product or service.)

A further distinction of business English is its formality and precision. This is true of both the written and spoken word. Business letters and emails are often conventional in their choice of phrases and layout. Speakers at meetings, presentations, and negotiations also adopt a formal approach and tone of voice.

In a business letter asking for information, for example, the writer generally says: “I would be grateful if you would send me…” rather than “Can you send me…”

That said, some business sectors are more relaxed about communication. Problems arise, though, when an audience or the readers don’t have English as their first language and are unused to colloquialisms.

This is one of the reasons why business English continues to retain an orthodox style. English is one of the main languages in which people conduct business around the world; everyone therefore needs to understand each word.

Private companies also offer a large number and variety of Business English courses for people whose first language is not English.